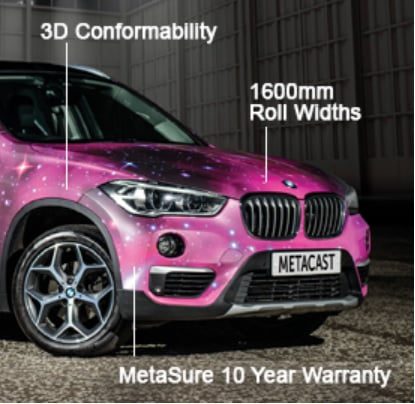 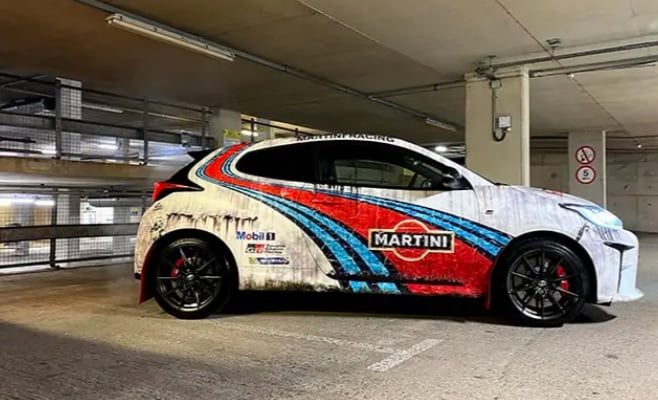 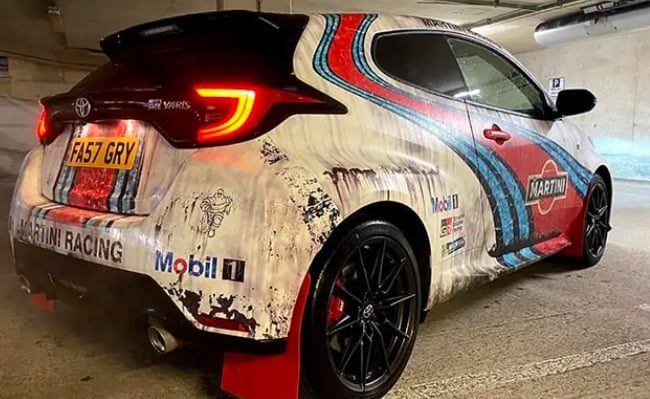 Download All Product Images (234.4 KB)
When Will I Receive Delivery?
Why we are trusted by the sign trade

MDC features the MetaGlide adhesive technology. This next generation micro channel air release system gives an optimal performance with enhanced repositionability, and high adhesive strength. This gives total confidence when fitting into 3D channels and recesses. It is backed by the MetaSure 10 year warranty. In addition it offers improved handling with its layflat stability, and smoother release from the liner. Metamark MD Series class digital films are engineered to ensure outstanding print quality, colour gamut, and out of the box printer compatibility, through the range of ICC profiles available. MetaGuard MGC is a 40 micron matched Overlaminate.

If you run a company and you promote it as being a vehicle wraps and graphics specialist, it’s pretty certain that you’ll look at wrapping your own vehicle in the cause of the business and its promotion. Great idea. When you do that though, you raise the bar very high in terms of the quality you need to achieve. ‘Wraps as usual’ are not going to be good enough.

Andrew Atkinson and the team at Doncaster based OnSigns didn’t take long to arrive at the conclusion summarised above and took the idea further still. They decided to wrap their company vehicle so as to promote their wrapping business. They knew that quality had to be exemplary – nothing less. They also challenged themselves to design, produce and apply something that, in design terms, would stand out in the midst of other wraps, something that demanded rather than invited attention. A novel wrap, that, despite wraps’ popularity, would be unlikely to have been seen before.

They didn’t just succeed, they excelled.

Words don’t come easily to describe the work and or classify it. If it were a modern guitar, brazenly ‘treated’ to make it look like a priceless ’57 Strat, it would sit firmly in the ‘relic’d’ category. It’s not a guitar though, it’s a modern car. It just happens to look, now, like it has sat unloved and untouched for thirty years or more in a derelict barn with little or no shelter from the sun, wind and rain. OnSigns’ van looks like a ‘barn-find’ with some pedigree long forgotten.

The wrap is dripping with detail in both quality and quantity that reflects the fact there’s somewhere north of forty hours design time invested. If the team at OnSigns ever fancies an alternative career, they would do well crafting texture maps for computer games. The car’s details are mesmerising.

For a start, the ‘paint’ is brutally oxidised and there’s some evidence that effort have been made to cut it back at some point. Those efforts have not achieved much other than to open metal-deep perforations where the paint sits on a tight radius, or to make the surface grippy and somewhat receptive to holding on to grime as it washes over the panels. At least that’s the illusion – we must remember, it’s not paint at all, it’s a wrap, so it’s print.

Dwelling for a moment on that perforated paint. Water has got in there and done what water does to metal – it has rusted and bubbled up. Note how the rust line follows the radius of the panel edge. Note how it lines up and does so perfectly.

We come to the bumper. That looks pretty sorry for itself too though, being plastic, it hasn’t rusted. It’s crazed and the OnSigns team designed the surface texture that way. It’s that kind of detail that makes this such an extraordinary wrap.

The most strictly enforced of all laws is the law of gravity. It pulls things towards earth in what, from our vantage point, is a vertical direction. Grime washing out from under the headlamp lenses obeys that law to the letter. It has flowed over the vehicle in OnSigns’ design, just as though it were the real thing.

Life finds a way and has taken a grip around the front cills. That greenish tinge is organic material of some sort, or rather it would be if wasn’t the grand deception it is. The same detail that sucks in the eyes continues on the wings. Battle-rash has peppered a bit of rust there too and it’s just begging to be picked off in crispy little flakes – if only it was really there.

Clearly the design is accomplished to say the very least. Printing and application can’t go unmentioned either. The print is convincing because its driven by someone with colour-critical vision who knows how to get a tune out of a Mimaki JV-33. Just because the paint looks like a faded disaster, no quarter is given in the domain of print quality. It’s right up there. Premium quality job.

Application is squarely in the realm of big boys’ stuff with a wrap of this complexity. It hides from nothing and asks for deep experience and skills. Let’s remind ourselves that the vinyl has to be elongated to get it to fit over the vehicle’s curves. Despite being stretched though, that detail has to fall on the vehicle body in exactly the right place or the effect is lost. It speaks for the skills to be found at OnSigns that this print, sits on that vehicle, exactly as the designer intended.

Speaking of vinyl, this is a masterpiece in MetaCast MDC Metamark’s premium cast wrapping film and star among the portfolio of MD-Class Digital Media. Metamark formulated its wrapping film to give those who are on wrapping’s learning curve an easier ride, and to work well with skilled and very experienced hands. The product’s performance goals look as though they’ve been met. Andrew Atkinson said of the experience, “MDC, we love it. Worked with it before and we know we can accomplish great results with it. Never a concern when we’re using MDC.”

OnSigns’ stunning example of self promotion was done for a reason and that’s to promote OnSigns’ wrapping business. There’s a bit of post-wrap treatment to do yet and so the wrap has not been far but, even in rolling it a couple of hundred yards for a look-see, questions were being asked of it and jaws were dropping open. It’s going to win business, because it is, the business.

OnSigns wrap belongs in a list of notable works. It’s going to accomplish much. Innovation like this invites others to explore the envelope and improve too. It won’t just showcase OnSigns and its skills, it will actually grow the market for wrapping too.

Your goods will be delivered within 1-9 days Australia wide. 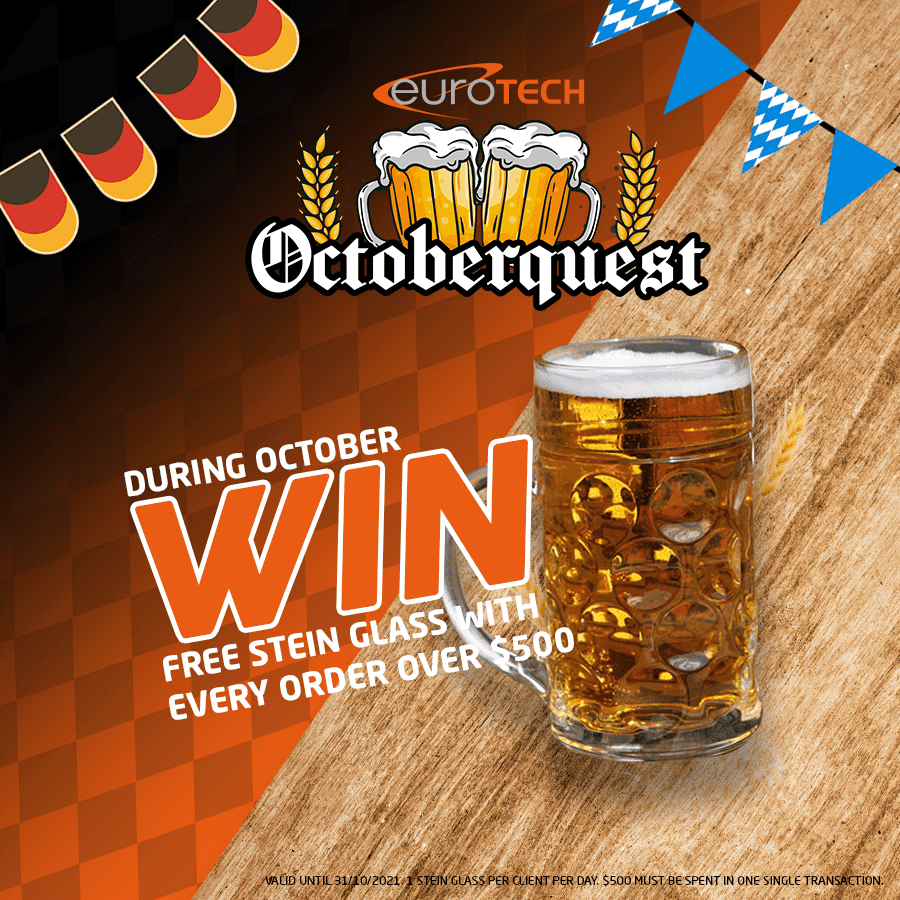 We partially have your request in stock. To continue with your order, please click proceed

The qty we have in stock will be dispatched with the remaining placed on back-order. For exact availability and lead times call 1800 30 6161.